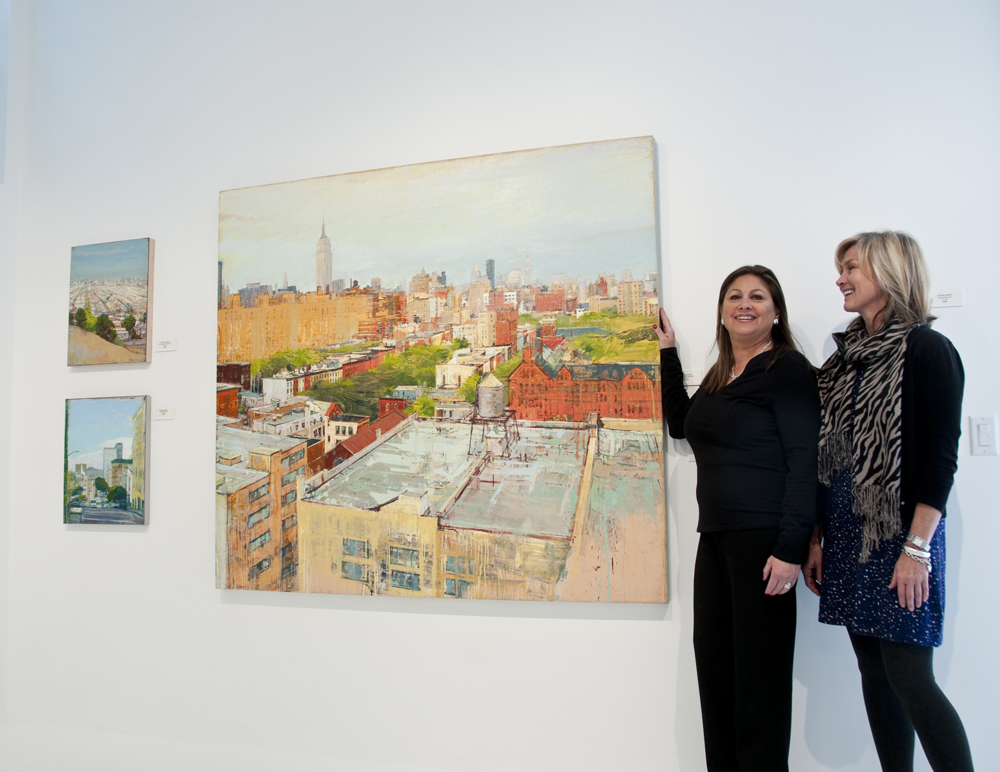 Step through the doors of the recently opened 15th Street Gallery, in Salt Lake’s Sugarhouse neighborhood, and you’ll immediately feel transported to New York or the chic shops of Las Vegas. Sleek, minimalist décor is present throughout, complete with track lighting and white walls, floor and ceiling. Gallery owner Glenda Bradley says, “I saw a gallery in Atlanta years ago that had white floors and walls, and I really liked the look and wanted to try it here.”

The new, sleek feel of the space contrasts sharply with the building’s humble beginnings in 1932. According to Laurie Bryant, a local lay historian, the building on the commercial block known as 15th and 15th was a grocery store for several years and was then vacant before becoming a pharmacy in 1948. The Framery eventually leased the space. Bradley bought the business and operated it for 17 years. During that time, Bradley also bought the building and eventually decided to close the premises so she could completely renovate the ailing structure. She worked on it for much of 2009 and opened the doors shortly before the holidays. The space has been reincarnated as a sleek urban gallery representing Utah artists, both emerging and established.

The gallery’s director, Rebecca Richards, started work in April and is excited to offer an additional gallery experience to Salt Lake’s art lovers. Formerly an employee of Thomas Kearns McCarthy Gallery in Park City, she and Bradley have worked hard to make the gallery visually appealing as well as to offer quality art and gifts.

The main gallery is large and open, with two white benches as the sole occupants of the floor. Currently hanging on the expansive wall space is work by Aaron Bushnell, Rob Adamson, Sean Diediker, Arron Lifferth and Shirley McKay. The Gallery also displays a few works from its previous exhibit by Trent Call, Chris Miles, Blue Critchfield, Dennis Smith, Wendy Chidester, Lane Bennion, Steven Larson, and Zach Hixson. Because even this large space is not enough to accommodate the ever-growing number of artists shown in the gallery, Richards plans to have a computer available with a continuous slide show of all paintings for sale, even if they’re not on the walls. She anticipates that new artists will be featured on the gallery walls approximately every six weeks.

The reception area of the gallery features a gift shop with almost all items in crystal, silver, gold, black and white with accents of brightly colored glass objects. Bradley says, “We’re part of a neighborhood here and we wanted to have people be able to drop in to purchase gifts.” The gift shop also features a signature line of chocolates developed by Bradley and Richards in concert with a local chocolate maker. Richards says they designed everything down to the tags and silver box packaging.

A smaller room in the back contains more gift items as well as a custom framing area. While, because of space limitations, the actual framing is completed off site Richards says it’s an invaluable service they want to continue to offer their customers.

The 15th Street Gallery is also equipped with a kitchen and is available to be rented for private and corporate events. Bradley says that because of the tough economic times, they are diversifying their services in order to maximize their success. “I’m not going to get rich off this place,” she says in her New Orleans accent, “but I’m having a good time.” 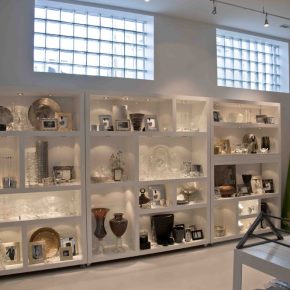 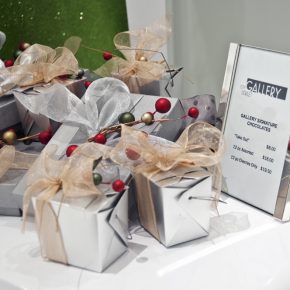 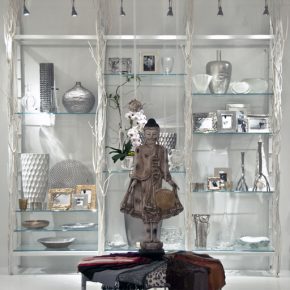 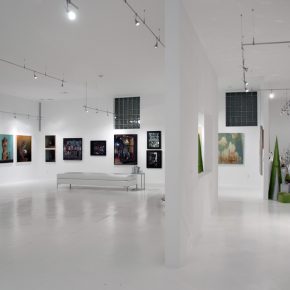 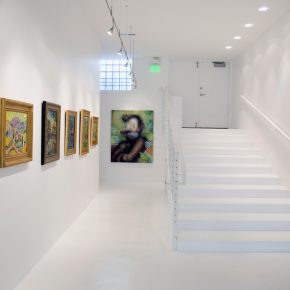 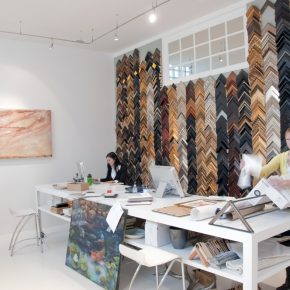 Tagged as: by Gerry Johnson